Are you stress eating? Try this surprising easy fix

I have interacted with literally thousands of people who have undergone weight loss surgery in the management of obesity. Not one of these people has ever told me they do not eat when feeling stressed. The reality is we reach for food in times of stress for the comfort or distraction it offers. It is not a moral weakness. Hunger cravings during stress are intrinsic human biological responses, the body's call for fuel to produce serotonin.

Fortunately, we can manage these cravings and control what we eat by carefully selecting the food we eat in response to stress-induced hunger and cravings. 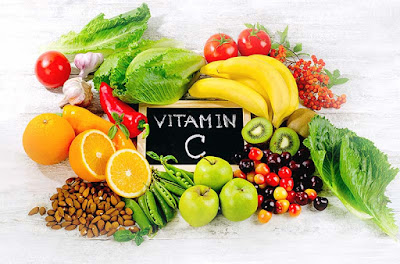 "It's already everybody's favorite nutritional supplement, linked, however controversially, to preventing the common cold and fighting cancer. But vitamin C recently added a new notch on its belt. The vitamin helps reduce both the physical and psychological effects of stress on people.

People who have high levels of vitamin C do not show the expected mental and physical signs of stress when subjected to acute psychological challenges. What's more, they bounce back from stressful situations faster than people with low levels of vitamin C in their blood.

In one study German researchers subjected 120 people to a sure-fire stressor—a public speaking task combined with math problems. Half of those studied were given 1,000 mg of vitamin C. Such signs of stress as elevated levels of the stress hormone cortisol and high blood pressure were significantly greater in those who did not get the vitamin supplement. Those who got vitamin C reported that they felt less stressed when they got the vitamin."

Foods rich in vitamin C, particularly berries and citrus food, quickly cause a surge in serotonin production which produces a feeling of emotional relief. We often turn to simple carbohydrates -sweets, salty snacks or starchy foods- for comfort during stressful times. In a way we are correctly answering the cry of stress because we are eating foods that will increase serotonin which produces calmness. Knowing this we can eat in response to stress but rather than grab the snacky chips or cookies let's give an apple, a tangerine or strawberries a try. The resulting emotional relief paired with the knowledge of making a healthy choice is bound to go a long way in restoring emotional balance.