Carbonated soda cravings and why we should abstain 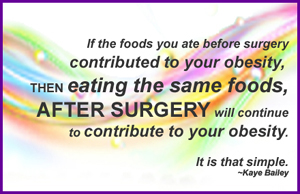 Continuing our Four Rules discussion, Rule #2 is Lots of Water. Here's why carbonated soda is not a good substitute for pure body-cleansing health-supporting water.

Do you, like me, occasionally suffer cravings for a refreshing iced Diet Coke with a squeeze of lemon? This was my mainstay beverage before weight loss surgery and now and again I find myself indulging in that old refreshing thirst quencher.

But I know this is not a sensible choice following weight loss surgery and a recently published study confirms that partaking of diet soda is detrimental to health and weight loss efforts. I know I'm not alone in the WLS-after life when I reach for an ice cold Diet Coke, so today's post is all about the "don'ts" of diet soda and carbonated beverages after WLS. It is as much a reminder for me as it may be for you. Bottom line - carbonated soda does not support our weight management with WLS.

While we can stack the evidence against carbonated beverages (diet zero calorie or regular sugar sweetened) a mile high the single most basic reason to eliminate carbonated soda from our diet is it simply has no nutritional value. It is empty.

This truth, above all else, should be used to inspire us to make better beverage choices. Will you pledge with me to make healthy beverage choices most of time? I'll toast our good health with a refreshing glass of iced green tea with a squeeze of lemon. Join me!


"In fact, according to a group of researchers at Purdue University, drinking diet soda may not only be as bad for your health as the regular stuff, but it may be causing you to pack on the pounds.

"It is not uncommon for people to be given messages that artificially-sweetened products are healthy, will help them lose weight or will help prevent weight gain," report author Susan Swithers said, according to a media release. "The data to support those claims are not very strong, and although it seems like common sense that diet sodas would not be as problematic as regular sodas, common sense is not always right."

Swithers and her team reviewed a dozen studies on diet soda and its impacts on health published in the past five years to prepare for their report. They say they were shocked by what they found.

The researchers found that just like with regular soda, the consumption of artificially sweetened beverages like diet soda is also associated with obesity, type 2 diabetes, metabolic syndrome and cardiovascular disease. Drinking just one can of diet soda per day is "enough to significantly increase the risk for health problems," according to the media release.

From Day 6: Beyond the 5 Day Pouch Test

When we drink active carbonation atmospheric pressure will continue to force bubbles to be released from the liquid even as it makes its way from our mouth through the esophagus and into the stomach pouch. This release of carbon dioxide will put pressure on the pouch causing it to expand temporarily. If we are eating while drinking carbonation our pouch will hold more volume than normal because of the stretching that results from the temporary stretching. More damaging, however, is that the release of carbon dioxide bubbles may force the food through the stoma and over time the stoma will enlarge. Eventually, it is believed, the stoma will not recover from repeated enlargements due to protracted consumption of carbonation. Weight gain will occur because food will flow too quickly through the pouch and satiation will not be achieved."